Metropolitan Manila is the seat of government and one of the three defined metropolitan areas of the Philippines. It is officially known as the National Capital Region, and is commonly known as Metro Manila or simply Manila. It is made up of 16 cities namely: the City of Manila (the Philippine capital), Quezon City (the country’s most populous city and former capital, Caloocan, Las Pinas, Makati, Malabon, Mandaluyong, Marikina, Muntinlupa, Navotas, Paranaque, Pasay, Pasig, San Juan, Taguig and Valenzuela as well as the City of Pateros.

Although Metro Manila is not considered a province, it is included in the 81 provinces of the Philippines.

Since it is very near to my hometown, I guess I have traveled almost everywhere here since as a child. It is just strange that I couldn’t find a nice photo of mine anywhere else in the area or maybe I couldn’t think of snapping one when I’m around Metro Manila, haha. 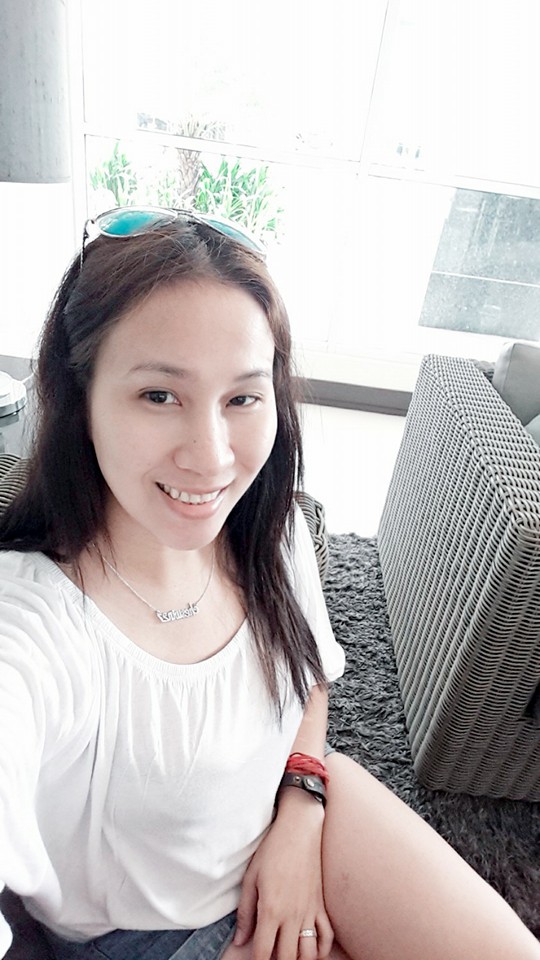 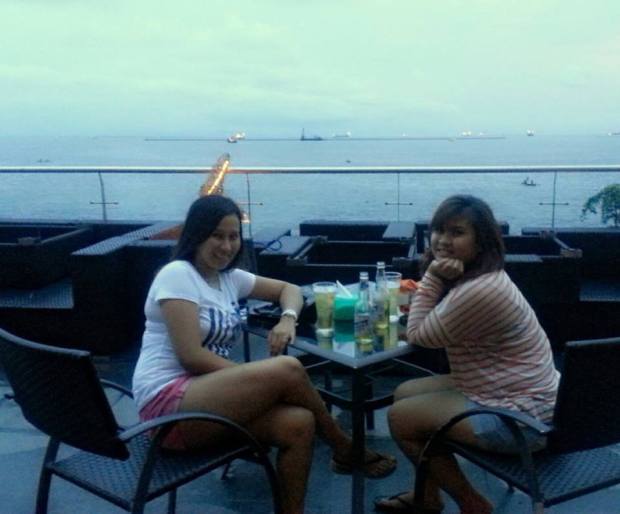 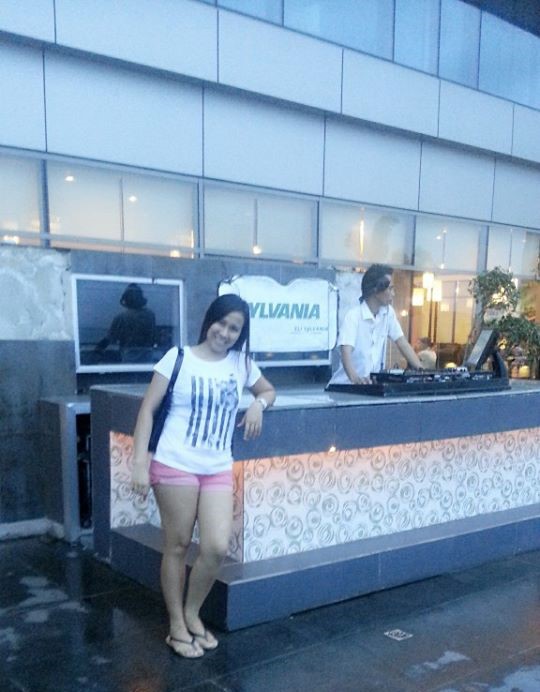 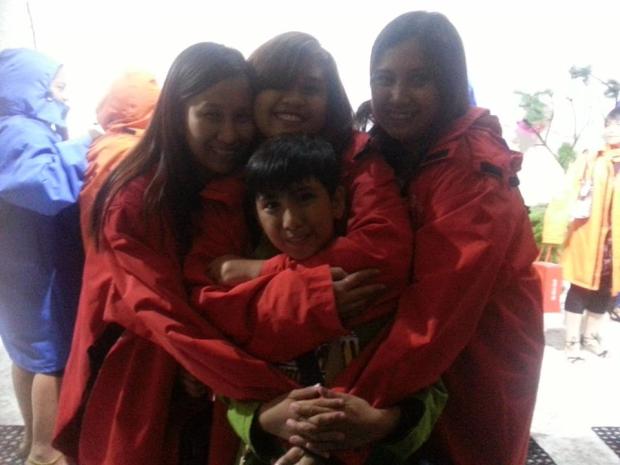 Nueva Vizcaya is a province of the Philippines located in Cagayan Valley region in Luzon, though it is geographically and culturally part of the Cordilleras. Its capital is Bayombong. It is bordered by Benguet to the west, Ifugao to the north, Isabela to the northeast, Quirino to the east, Aurora to the southeast, Nueva Ecija to the south, and Pangasinan to the southwest. The province is cultural, linguistically, and geographically part of the Cordilleras, but was put in the Cagayan Valley region by American occupiers in the early 20th century. Quirino province, later on, broke away from the province as it was more related to Isabela province in the north. 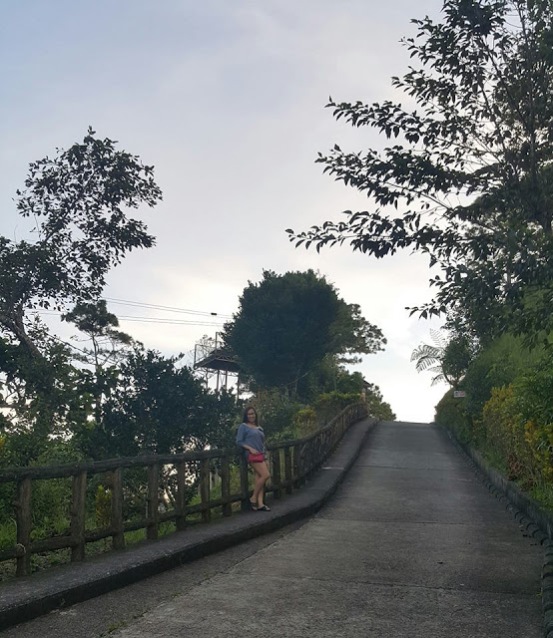 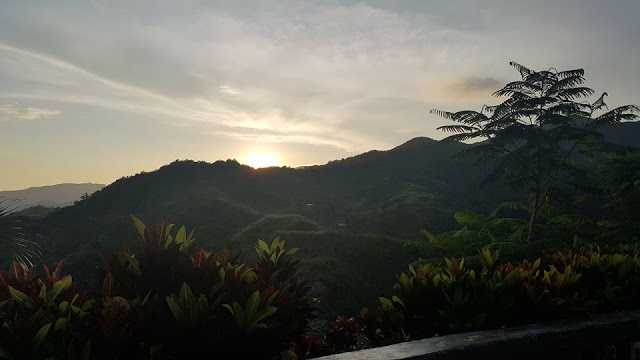 This is my husband hometown and we went there during our trip to the Philippines in August 2017. 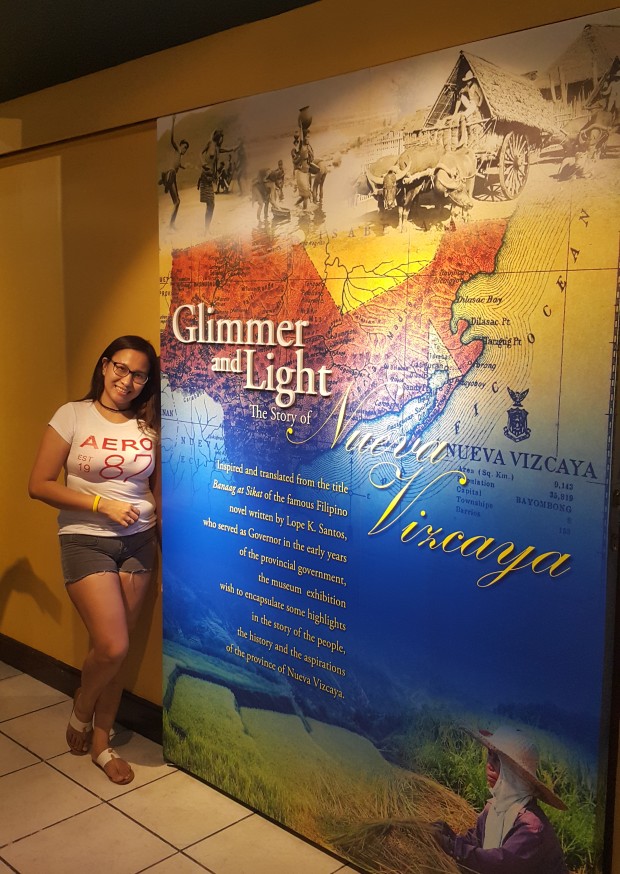 Info: Sometimes called by locals as the “Eighth Wonder of the World”, the Ifugao Rice Terraces begin at the base of the mountain range and extend several thousand feet upwards. Two of the terrace clusters in Banaue, namely Bangaan and Batad, are part of the UNESCO World Heritage inscription.

The Banaue Rice Terraces (Filipino: Hagdan-hagdang Palayan ng Banawe) are terraces that were carved into the mountains of Ifugao in the Philippines by the ancestors of the indigenous people. The terraces are occasionally called the “Eighth Wonder of the World“. It is commonly thought that the terraces were built with minimal equipment, largely by hand. The terraces are located approximately 1,500 metres (4,900 feet) above sea level. These are fed by an ancient irrigation system from the rainforests above the terraces. It is said that if the steps were put end to end, it would encircle half of the globe.

It was in 2017 when RJ and I went to Banaue Rice Terraces which is about 3 to 4 hours drive on a steep mountain (in a very nice view along the way) from his place in Nueva Vizcaya.

We left his Town in Bayombong in the morning and reached there before lunch. Along the way, we passed by this beautiful tiny little restaurant to have a brunch, picture uploaded.

These amazing photos were taken from my cam phone only. 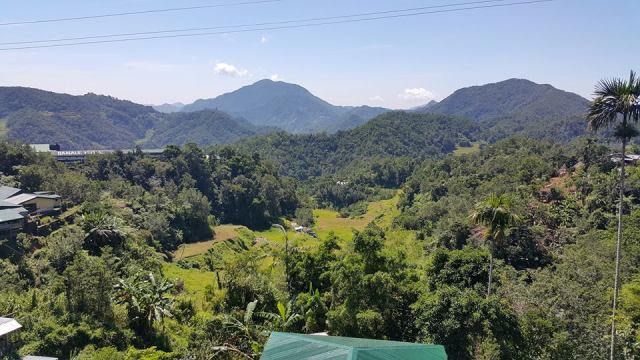 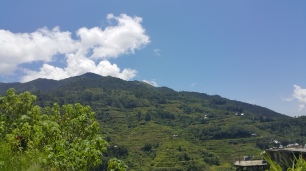 And if you are a nature lover, you will definitely love the serenity of the place, the green fields, and the smell of the air.

Cute little restaurant along the way made of bamboo sticks. 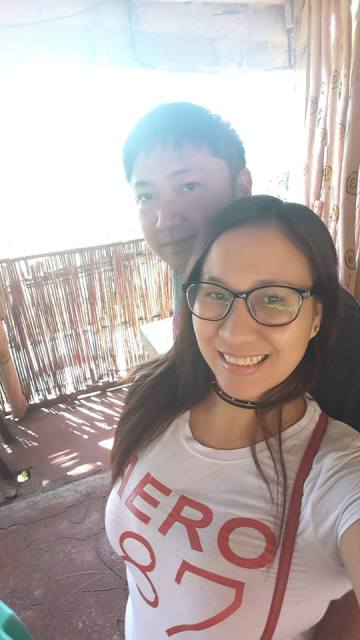 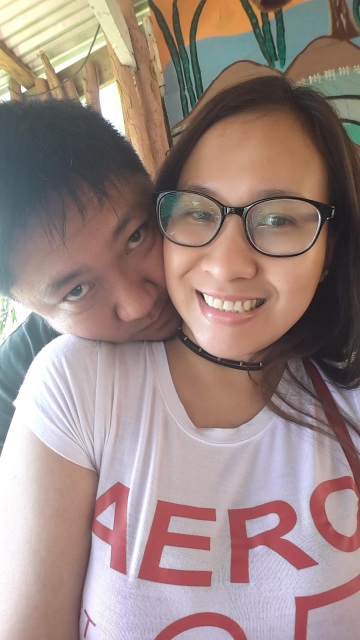 During our trip to the Philippines, RJ and I went for some errands in Bulacan and at the same time, he took me to these beautiful Cathedrals within the area. 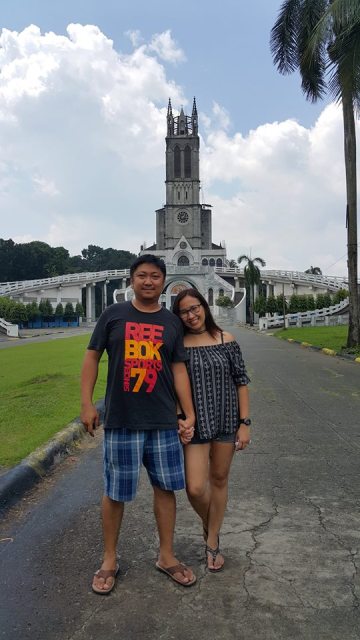 Grotto of Our Lady of Lourdes in San Jose, Bulacan. 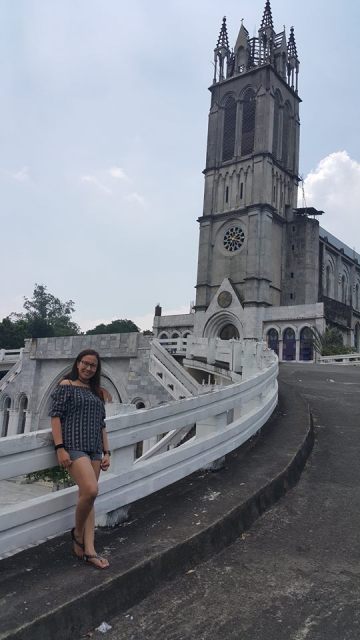 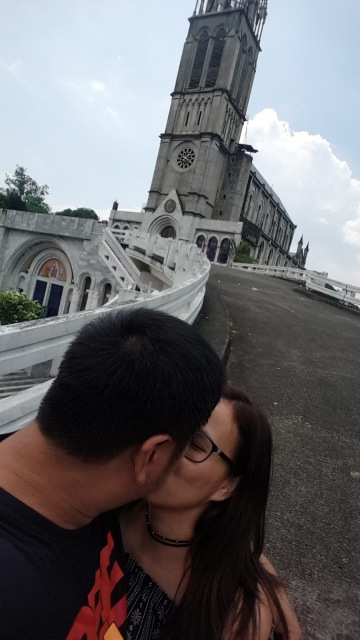 The Grotto of Our Lady of Lourdes is a famous religious and ecological tourist destination and attraction in Graceville, San Jose del Monte City, Bulacan. It is a replica of the Lourdes Grotto in France

And at the National Shrine of  Divine Mercy located in Marilao, Bulacan. 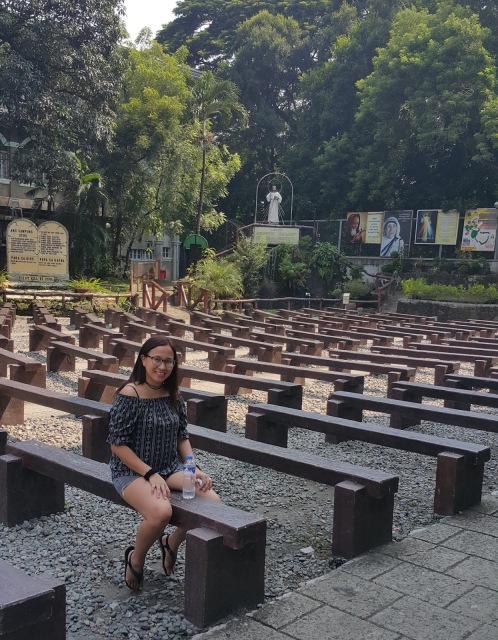 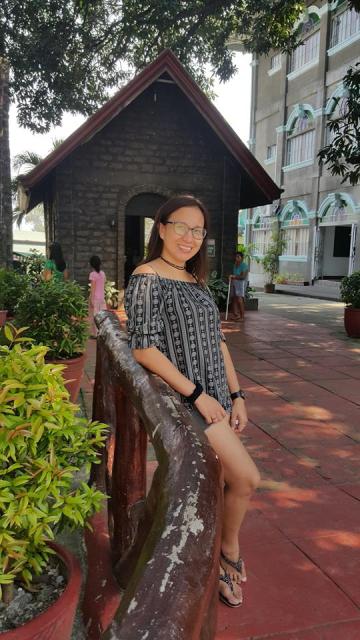 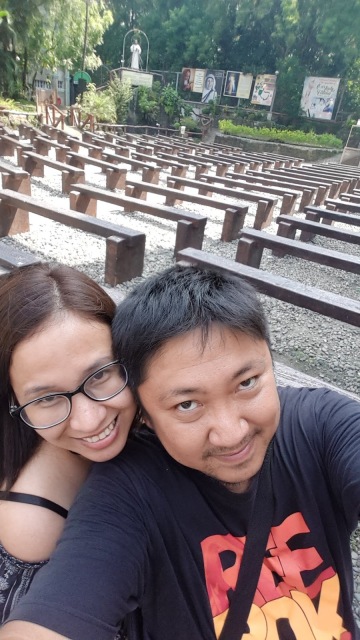 The Adoration Chapel was the first structure built in the Divine Mercy National Shrine. It is constructed for the purpose of immortalizing the Last Vision of Fatima.

Like Loading...
17/02/201917/05/2020Leave a comment
Taal Volcano and Lake are wholly located in the province of Batangas. The northern half of Volcano Island falls under the jurisdiction of the lakeshore town of Talisay, and the southern half to San Nicolas.
So it was just like we went to spend the night in Tagaytay and we passed by to see the beauty of this lake.
It is a stripline with bars, coffee shops, and restaurants where you could relax, dine, and get the chance to look at this awesome view from the top.
Haven’t got a lot of photos as the others are not for posting material but the actual site of this place is truly remarkable particularly in the late afternoon when the sun is going down. 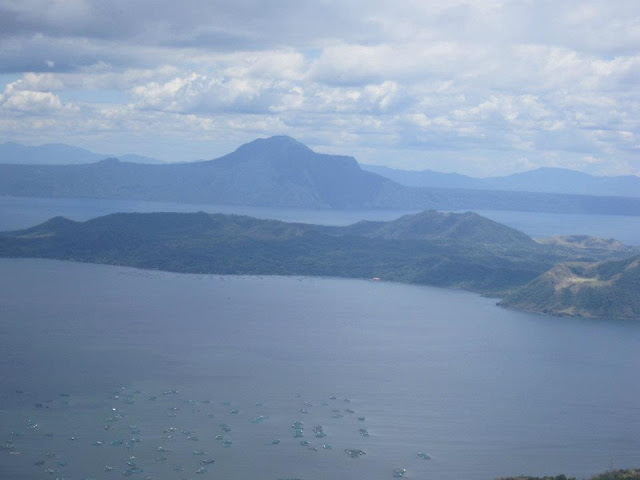 Like Loading...
17/02/201909/03/2019Leave a comment
Benguet is a landlocked province of the Philippines located in the southern tip of the Cordillera Administrative Region in the island of Luzon. Its capital is La Trinidad. The highland province is known as the Salad Bowl of the Philippines due to its huge production of upland vegetables.
Baguio, officially the City of Baguio and popularly referred to as Baguio City, is a mountain resort city located in Northern Luzon, Philippines.
I’ve been to Baguio several times, oh well, who else wouldn’t be, and definitely, I will come back, hopefully during my 2019 vacation as it is now on my  2019 travel itinerary.
Here are some of our photos in Baguio.
The view from our Hotel. 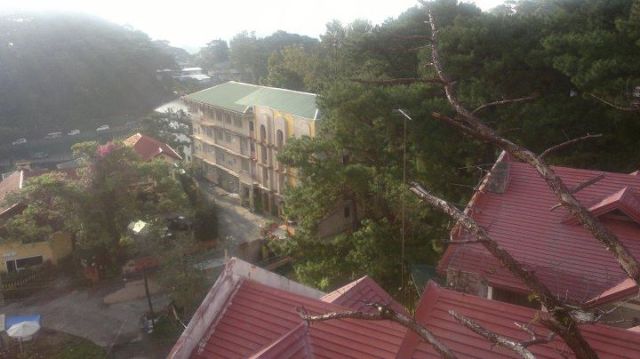 Where I did Zipline on Treetop 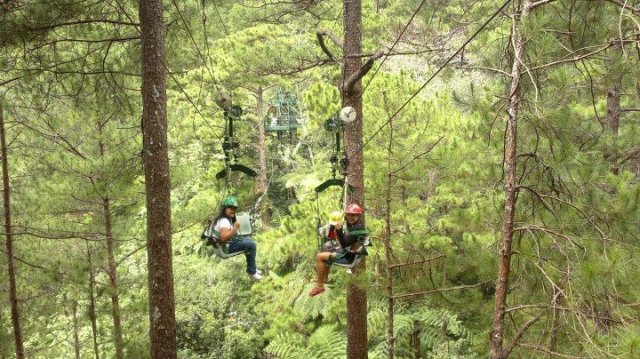 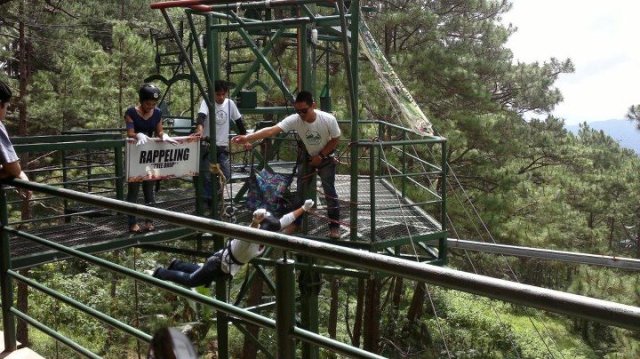 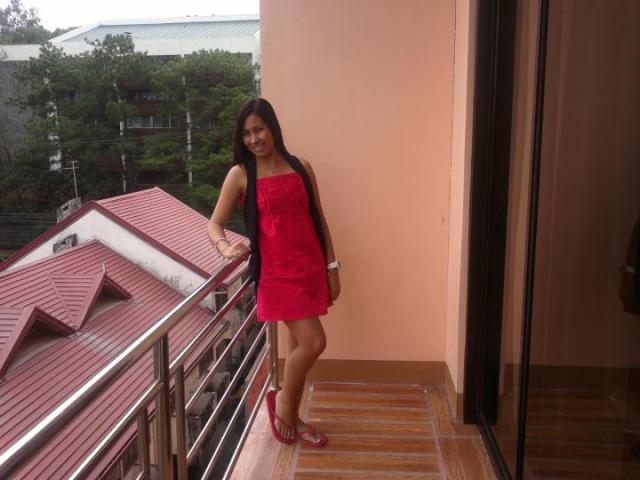 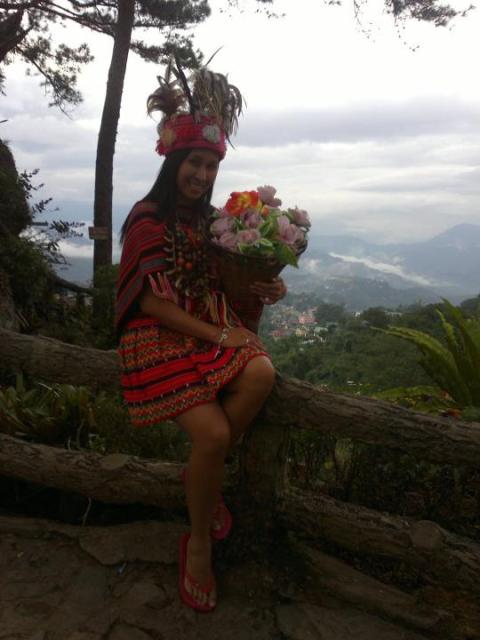 Like Loading...
17/02/201918/02/2021Leave a comment
Isabela is the second largest province of the Philippines and the largest on the island of Luzon in the land area. Its capital is the city of Ilagan.
I’ve been  here just once with a friend a very very long time ago for just a day trip via commute. It was  only a back and forth trip so we were not able to explore the City that much.

The next time I came to visit was in  2019 when we went to visit my husband  hometown in Nueva Vizcaya and the next day, they took us for a little trip in Santiago, Isabela, (I think it is a Robinson Mall) for a lavish lunch and later went to visit some of their relatives in Quirino Province. I’ve had a lot of photos taken along the way as I enjoyed the sight of trees and valleys and rice hills, and for someone like me who were used to a City like Cabanatuan  with just a little nature and mostly Commercial districts, this kind of view is definitely good to see.

A few months later after I gave birth to our son, We went two times again in Isabela, the first time was when we applied for our Son’s passport in DFA, Santiago. It was few days after the NY 2020 and the first available DFA is in Santiago, Isabela. Actually, I’ve been to DFA Tarlac a few weeks ago but we we’re not able to get one due to missing requirement.  The second time was going back to my hometown in Cabanatuan City  when we decided to take the road trip  via the long- way started from  Isabela, Qurino province, Dinadiawan, Baler and some parts of Nueva Ecija as we wanted to see the nearby places. It took us one full day trip that started at 5AM and reached my place at past 7 in the evening along with our side stops to road-side restaurants to freshen up, eat and walk a little. On this trip, we were able to see some Eco Tourism Park in Vizcaya, the Landingan View point in Quirino, some beach side in Dinadiawan and Baler before reaching our destination.

Like Loading...
17/02/201907/03/2019Leave a comment
Antipolo is a city east of Manila in the Philippines. It’s known as a Catholic pilgrimage site. In the Antipolo Cathedral, the shrine to Our Lady of Peace and Good Voyage has a 17th-century statue of the Virgin Mary, and attracts thousands of visitors each year. Southwest, the Pinto Art Museum displays contemporary Filipino paintings and sculpture in tropical gardens and whitewashed, Mediterranean-style villas.
I went there some time ago and visited Hinulugang taktak and some other places including one Cathedral.
Hinulugang Taktak Protected Landscape, also known as Hinulugan Taktak, is a protected area located in Rizal, Philippines. Initially assigned as a recreation area, the waterfall area has been designated as a national park by virtue of Republic Act No. 6964 in 1990 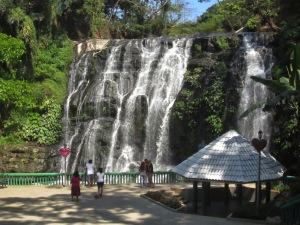 Like Loading...
17/02/201907/03/2019Leave a comment
Pangasinan is a province in the Philippines. Its provincial capital is Lingayen. Pangasinan is on the western area of the island of Luzon along the Lingayen Gulf and the West Philippine Sea.
It amazed me that I have been to different provinces as a child including Pangasinan. I’ve been here several times and visited Manaoag way back and some other places within the area with my Great grandmother. 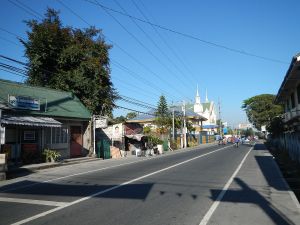 The very first time I’ve been here literally was when I was invited by a friend in Concepcion Tarlac once and stayed there for a night. The second time was in the City Proper of Tarlac where I only spend the day in the Mall and went home at night.
Update: December 2019
So I went to Paniqui Tarlac (DFA) on 11th of December 2019 to apply for Jan Francisrain’s passport. Too bad that we didn’t have enough time to roam around as we spent almost half a day on queue in DFA inside Waltermart, Paniqui Tarlac, not to mention that I felt upset at the outcome of our errand on that day…but we only managed to go out and have lunch somewhere around the area.